Chestermere Then and Now! 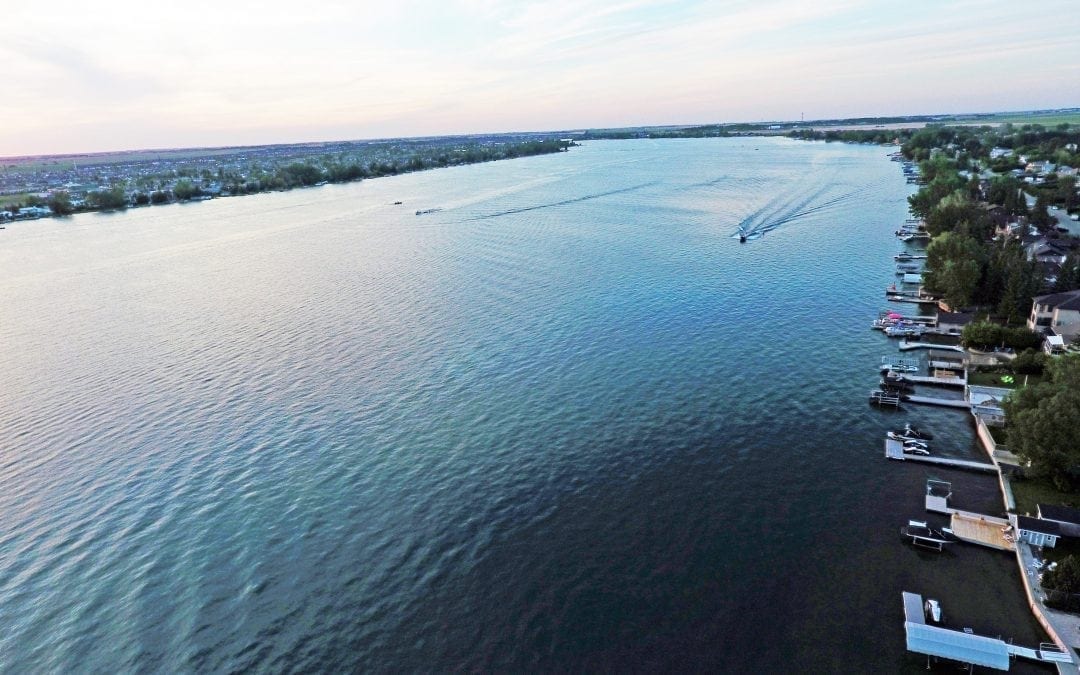 So Lucky To Have Lived In Chestermere Lake For 30 Years!

One of the first things Doug and I agreed on was that we wanted to live on Chestermere Lake.  There is a huge difference between then and now.  30 years ago, Chestermere was not well-known, or well-respected.  When we told family and friends that we were putting in an offer on Chestermere they tried to talk us out of it.  We found a realtor that worked in the Chestermere market.  He showed us all the properties that were available, and as we drove by our current home, I said how much I liked the look of it.  He said it was for sale, but just off the market to “give it a rest”.  Then we put in an offer, and this has been our home for 31 years.

Chestermere Homes Are A Great Value.

It has always been our belief that Chestermere is a remarkable value when you compare it to homes elsewhere.  A mountain view is nice, but can you swim in it?  The lake communities are well-designed and beautiful, but you cannot run your motorboat on them.  Further, you will pay more for either of these options than you will for a comparable home on the lake.

In 1991, Chestermere had 900 residents.  Children K-9 were bussed to Conrich school.  There was one playground on the East side of the lake, that was dilapidated and just sad.  The only store was Porter’s which had food services where you could get breakfast or a burger, you could pick up a few necessities like milk or bread.   The Inn was open and you could boat down for a great pizza.  That was it!  Everything else was in Calgary.  Doctors, Chiropractors, Dentists, daycare, etc.

There were no bike paths, and the roads were so full of potholes, that speeding was not a problem.  If you wanted to get to the West side of the lake from the East side there was no bridge, to walk across, you had to go to the 17 Ave. bridge and drive all the way around.

When we bought our home in 1991 the golf course was just under construction.  With the addition of the golf course and community City of Calgary water was piped in.  This bumped the average lakefront price from about $245,000 to $285,000.  The water in Chestermere had high iron content and turned everything yellow.  It also smelled bad.  This is the main reason that Chestermere did not develop much until after 1992.

For police, we had Constable Klater,  he handled everything from dog control, neighbour disputes.   If you were out driving late, he might stop to chat, just to find out you were driving your babysitter home.  He did not hassle residents, he just made sure you had a reason to be here.

There was only one building inspector, who only worked in Chestermere one day a week.  If he saw any building material in front of your house, he would stop by and see what you were doing.   So, people waited until the day after to start building projects.

The Community Center was the heart of the community.  They managed all extra-curricular activities.  Skating, soccer, baseball, hockey, curling, and youth activities.  The seniors’ group met there, and the playschool was also hosted there.  Plans are underway for a new community center, but the old one still serves the city.

Mostly things have improved so much.   Chestermere has medical services, your choice of Separate or Private schools, roads that won’t wreck your car, playgrounds, bike paths, beaches, restaurants, health clubs, liquor stores, cannabis stores, grocery stores, pharmacies, daycare, a library, and Bus service to Calgary.  The City of Chestermere now does much of the city’s social programming.   Chestermere has a full RCMP detachment.

We now have a choice of separate & public schools.

Chestermere has a population of more than 20,000 people, and it will take you 30 minutes to get downtown instead of 20.

We have made a very rewarding career out of helping people buy and sell homes in Chestermere since 1993.  We believed in the Chestermere area before it became popular.  If you have any questions about living in Chestermere, please call.  We would love to help you.